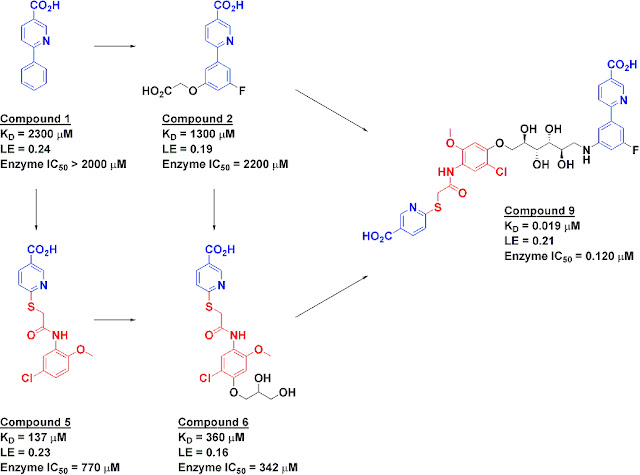 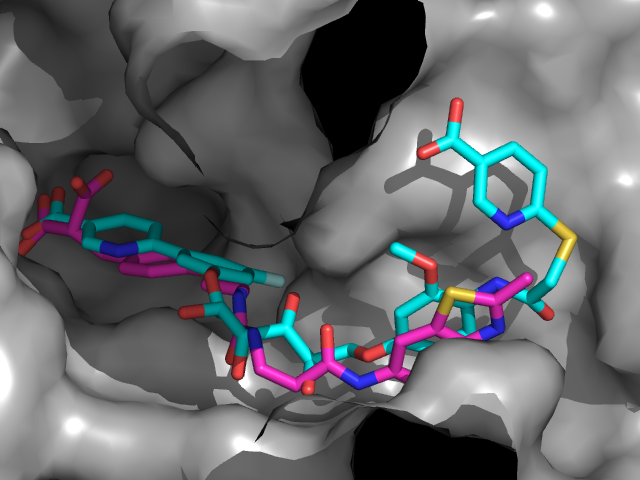 Near the end of the paper, the researchers also carefully investigated some of the other previously reported “inhibitors” of LDHA and found that they are in fact aggregators. This is not surprising given their structures, which look like something that might appear in an April Fool’s post. Unfortunately these molecules were reported in prominent journals such as Chem. Biol. and Proc. Nat. Acad. Sci. USA; the later, published in 2010, has already been cited at least 100 times. Publicly revealing them to be artifacts is a beautiful example of the self-correcting nature of science. I hope we’ll see more of it.
Posted by Dan Erlanson at 7:05 AM